Once again, Muslims from all over Britain opened the doors to the mosques for men, women and children of all ages, cultures and faiths. A total of 150 mosques took part in this initiative in an attempt to call to cohesion, harmony and mutual love. In other words, ‘to build bridges and not walls’.
The sincerity of the call can be noticed from the fact that a Muslim woman in Northampton stayed awake until 3am preparing hundreds of sandwiches for the guests!
The non-Muslim guests took to Twitter to share their experiences and thoughts under the hashtag #VisitMyMosque.This is what they had to say 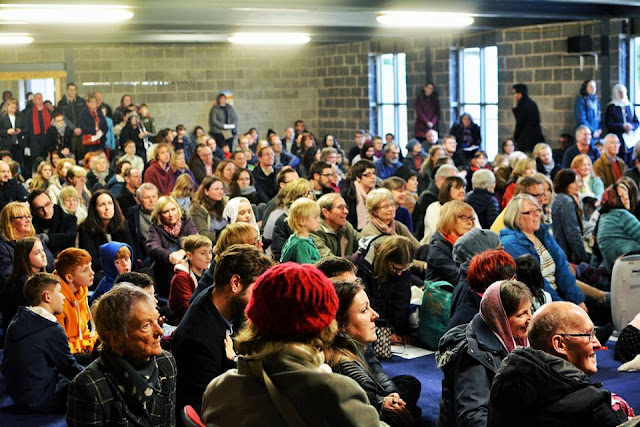 Kevin Chesters thought it was a wonderful initiative:

Simba DeRozen made an interesting observation:

George Aylett said that he learnt a lot and thought it was an excellent idea:

Hayley used the opportunity to try on the Hijab:

Kevin thought it was a brilliant idea:

Trude visited the York Mosque and said she’d love to come back and learn more:

Emily enjoyed listening to the call to prayer at the East London Mosque:

The Bishop of Salford had the following message to share:

Belinda Lewis was inspired all the way from Pakistan:

We live broadcasted events from a few Mosques on our Facebook page.

Watch a tour of Britain’s first Mosque in Liverpool by Adam Kelwick below:

About the author: Shaykh Shahin-ur Rahman is a graduate of the Islamic Da’wah Academy and frequently authors articles on various topics on his website Al-Rahma.