A Mandera court has allowed the Anti-Terror Police Unit (ATPU) to hold a terror suspect for 14 days before charging him.
In a sworn affidavit, Police Inspector Simon Kariuki told the court that they needed time to investigate Simon Karuga Gitau from Kirinyaga.
Gitau was arrested on September 11, 2016 about eight kilometres inside Somalia before he was handed over to Kenyan police.
“The suspect was arrested by Somali authorities on suspicion that he was heading to join Al-Shabaab and handed over to Kenyan side for appropriate action,” stated Mr Kariuki in the affidavit.
The ATPU argued that their preliminary investigations established that the suspect arrived in Mandera five days before his arrest in Somalia.


“I strongly believe his motive and intention of coming to Mandera was mainly to join Al-Shabaab in Somalia for training,” said Mr Kariuki.
They sought more time to investigate and scrutinise the suspect’s telephone contacts to establish his accomplices either in Somalia or within Mandera.
“Due to wide scope of investigation involved, the interest and sensitivity of the matter we seek custodial orders of 14 days to be able to prefer charges against the suspect upon completion of investigations,” said Mr Kariuki.
Simon Karuga Gitau, 32, is a Kenyan holding an ID card number 30249716 from Mwea, Kirinyaga County.
MILITARY CELLS
He was kept at the Transitional Federal Government (TFG) military cells at Bulahawa in Somalia for two days before he was handed over to ATPU Mandera.
“I have considered the affidavit and proceed to remand the suspect at Mandera Police Station for 14 days from the date hereof,” ruled Mr Peter Areri, the Mandera senior resident magistrate.
Mr Francis Lelemusi, officer commanding ATPU Mandera said the suspected was handed over to his team on September 13, 2016 by Somalia authorities at the border police post.
“We are cooperating well with our Somalia counterparts in fighting terror along the common border since both countries suffer from terrorism,” said Mr Lelemus. 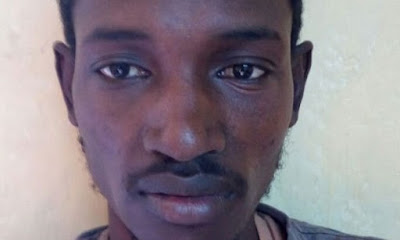